After attending the College of Columbia University, where he majored in eastern religions, Mr. Wilson moved on to acting and theater arts at the famed Neighborhood Playhouse School of the Theater from which he graduated in 1971. His craft was forged under the direction of legendary acting teachers, Sanford Meisner (The Meisner Method) and William Esper.

David’s work in the entertainment industry spans almost five decades. During this time, he has worked at every level and in virtually every capacity of the industry on more than 100 productions on live stage, in film, television and music. He has acted, written, recorded, produced and directed both in the US and abroad. He began his writing career as an apprentice in the CBS-TV ‘young writer’s program’ under the tutelage of Sam Rolfe and Fred Freiberger at Lorimar Productions (Dallas, Knots Landing, Falcon Crest, etc.) writing for the critically acclaimed, but short-lived Ron Liebman series, Kaz.

After co-starring in the cult classic, “Eddie and the Cruisers,” he traveled to Stockholm on vacation, his sojourn was cut short by an opportunity to work on his craft there. He wrote, produced, directed and starred in the international hit musical cabaret, “The End of the Rainbow” (later adapted as the Las Vegas Review “Legends”) followed by another original, “Monkey Business.” He subsequently wrote the original story, “Tale of the Tired Gun,” that became the basis for the 1992 Clint Eastwood film, “The Unforgiven.”. He later wrote the first draft script of Stanley Kubrick’s last film, “Eyes Wide Shut” (originally titled, Crimes of Punishment) that was produced by C-W Productions and starred Tom Cruise.

Having studied marketing R&D under Barbro C. Ehnbom, a well-known Swedish financier, entrepreneur and philanthropist at Svenkahandelskolan, he authored of the original marketing plan for the mega-hit, “Blair Witch Project.” and later on “Paranormal Activity” Along with his current R&D partner, world renowned research specialist, Dr. Daniel Acuff (widely considered the foremost authority on youth marketing), they continue to develop new methods and models for the marketing and merchandising of all forms of entertainment, media and related products, goods and services. He has been engaged in this work for more than 20 years.

My Star, LLC and HV Trinity are proud to have David on board, working to bring young talent to the next level. 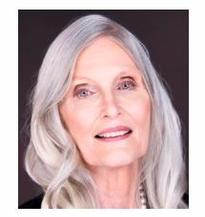 Born in Queens, Nan spent her early years in NYC, Pennsylvania and Northport, LI.  She attended school at the State University at Albany.  Prior to entering real estate, she ran a School of Performing Arts in Orange County, NY.  Nan also Appeared in the promo tape for President Kennedy’s Physical Fitness Program at the New York State World’s Fair.  She additionally modeled for the Ford Agency.

Working with My Star, LLC and HV Trinity, Nan brings a commitment to developing talent and producing the highest quality entertainment across the board in the industry.